After the third “Summer get together” event, where a seasoned digital media manager Saša Stanković held an excellent lecture and taught us about many things, we have prepared a new surprise for you this Thursday, July 25: Dejan Marković, an electric engineer and CEO of Schneider Electric Serbia and Montenegro, will talk about “Digital Transformation and Communication”.

Donations, which are again “tickets” guaranteeing your presence, are to be deposited to a bank account no. 160-364126-15 and allocated for the “Secondary School of Mathematics”. Please send the payment confirmation to marija.milicevic@represent.rs.

Among other things, Dejan will reveal to us how Schneider Electric has become the company which employees do not leave and what tools he utilises to motivate his teams.

As an expert in his area, he will talk about the importance of good internal communication and explain why it is a pillar of good functioning of the company. 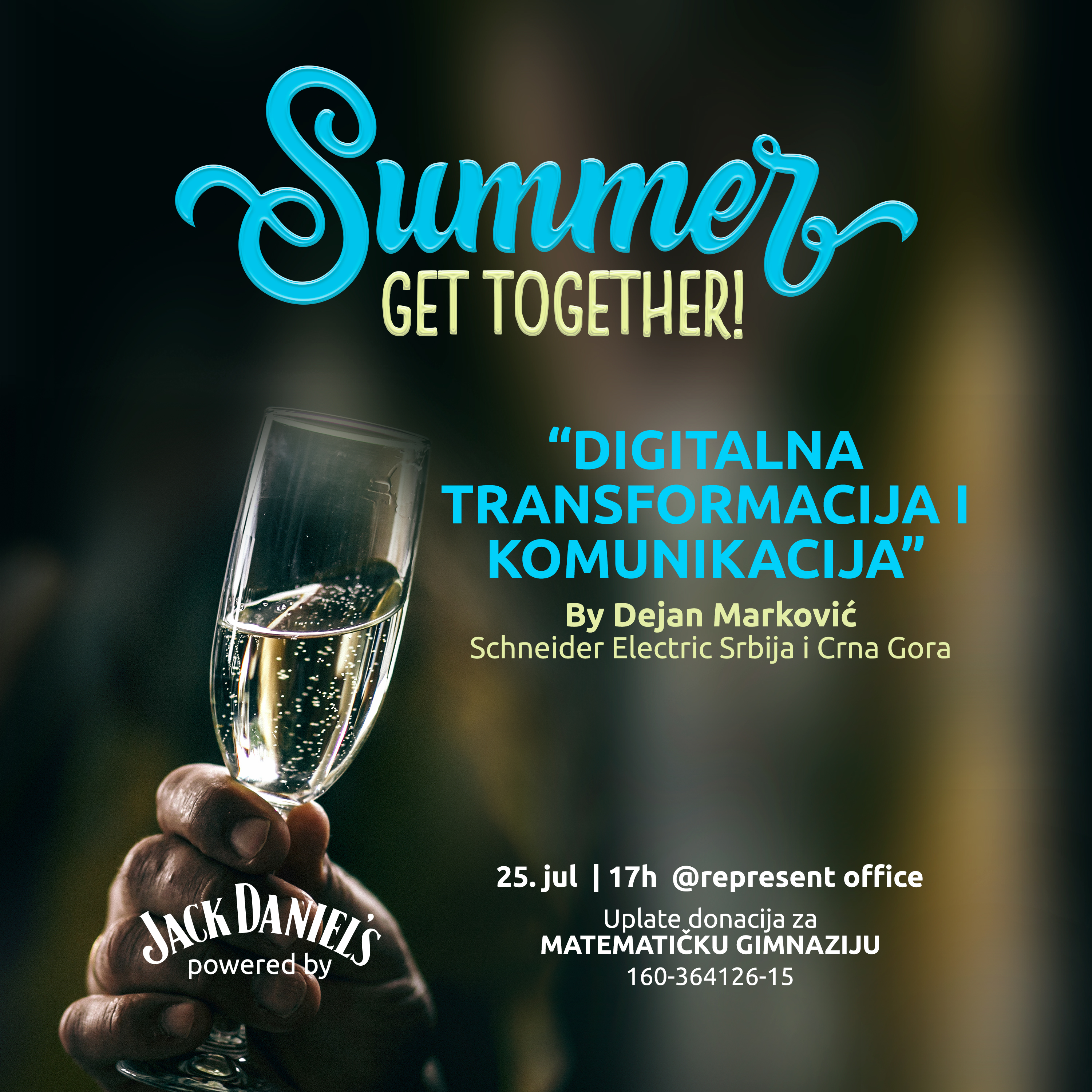 Who is Dejan Marković?

Dejan Marković is an electrical engineer born in Pristina in 1975. He launched his career as a trainee in public power distribution company Elektroprivreda Srbije (EPS). After the internship in Kosovo B Thermal Power Plant, he continued working in public company JP Elektroistok Izgradnja, now Elektromreža Srbija (EMS). At the very start of his career, he participated in projects in the area of transmission network and integration of the most sophisticated technical and technological solutions in EPS. Later on, through programs and projects in the energy sector financed by the EU countries, he had an opportunity to work on complex projects of improving and developing the power distribution system and increasing business capacities of public companies.

Since 2006, he has been working in Schneider Electric, where he managed various projects both in Serbia and France. Upon his return from Grenoble, he assumed the responsibility of managing projects in the area of oil and gas, as well as power production within the company’s operations at the territory of Serbia and Montenegro. Since November 2010, he has been a member of the company’s top management team, first as retail operations manager, and then, as of August 2012, as the head of the Energy Department.
Since February 2016, he has been the CEO of Schneider Electric Serbia and Montenegro.

The values he aspires to are those originating from his family: education and constant improvement of skills, persistent work, respect and honour. Dejan believes in the power of hard work and perseverance, even n the most challenging times, because results follow sooner or later. He is guided by Thomas Edison’s quote: “Our greatest weakness lies in giving up. The most certain way to succeed is always to try just one more time.”