Brand Minds 2019, or how Romania has a lot to offer when it comes to quality conferences

Behind this success of the conference is, above all, perfect organization, which you can easily feel at every step, and which is for every professional praise. At the same time, this example of organization is a serious homework for all similar organizations in the region. The second factor of this incredible exponential success are the speakers, who don’t usually visit this region. They are leading professors, businessmen, authors and critical thinkers of our time. I will only say that the organizers back in 2017 brought Gary Vee, and today they brought Grant Cardone and Guy Kawasaki (whom I’ve been wanting to hear for a long time).

Already after the first sentences you hear it is clear to you are listening to professional speakers, thanks to the way they keep your attention, stimulate thought, systematize thoughts into clear and structured practical advice. On the other hand, you inevitably think of all the amateur attempts we are witnessing throughout the region – but hey, you have to start somewhere. 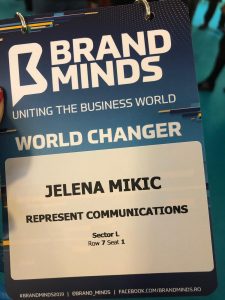 While the impressions are still fresh, I’ll go through the whole program. Before that, once again, all praise for the organization. I haven’t seen anything similar in a long time.

The event was opened and moderated by Jeffrey Roggers of Singularity University. Set up as a Silicon Valley project and a business incubator, Singularity has already produced a number of leaders whose focus on exponential technologies is an interesting project in itself, but more about that on another occasion. Jeffrey has asked all of us what skills and knowledge we are planning to use to “survive”, but also succeed in the world where Amazon has changed the retail industry, AirBnb disrupted the tourist industry, and where Facebook raised flags about serious political discourse. He challenged us to leave the conference with three ideas for our business and ourselves personally. I left it with 33. So interesting was everything that followed. Perhaps not all was new to me, but the way it was presented has definitely helped me systematize my knowledge and look at what I already know in a different way.

The first speaker was the leading and most quoted living psychologist, Dr. Robert Cialdini, who has devoted more than 30 years of his life to exploring how “persuasion” works. Dr. Cialdini has guided us through his six principles, thanks to which others should always say “yes” to us, namely: reciprocity, scarcity, authority, consistency, liking and consensus. 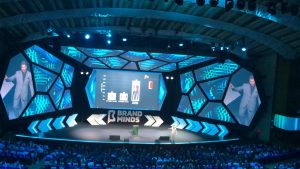 The next one was Grant Cardone, an American businessman, a real estate mogul, a speaker on sales and leadership. I have to admit that although I’ve been following him for some time, I’m not a big fan, because I’ve experienced him to be too “novel”. However, on the live stage he impressed me – incredible charisma, practical tips, mad energy – all this contributed to the fact that he left an impression of a big star. Cardone said that business should not be managed, but developed, that savings is an outdated concept, and that even the biggest corporations today take loans, but above all he said you can’t do anything without employees, and that your business can only grow with the growth of the number of people who work for you.

After a lunch break (and preparing lunch for 4,200 people is no small feat), there was a change that only highlighted the great adaptability of the organizers. Brene Brown, a speaker for which many people traveled to Bucharest and the author of numerous books, such as Dare to Lead, had to canceled her arrival a day before the conference due to serious family reasons. Instead of the classic excuse, the night before the conference organizers arranged a plane for the phenomenal Denise Jacobs from Miami, who spoke of the internal criticism which we all have, and which stifles our creativity. Another fact that amazed the skeptic in me is that her lecture is founded on science and biology, or rather the way in which synapses and other processes work, rather than the expected “believe in yourself, you’re awesome” talks. In addition to explaining how we block ourselves with our fears, Denise also gave a couple of helpful tips, and showed us a couple of exercises that will help us break free when needed. She also took us through some useful materials, like Adobe’s research called State of the Create. 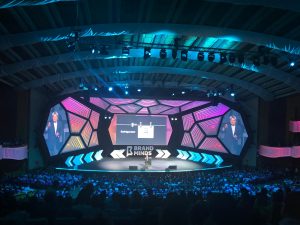 Climbing the stage after Denise was Hitendra Wandwa, founder of the Institute for Personal Leadership. Here I have to be fully honest and say that this was one of the bleaker lectures. Not because Hitendra was boring, but because my character is more open to pragmatic topics of Cardona or the tips of Denise Jacobs, rather than Hitendra’s relatively philosophical thoughts. Yet, he made us all question how we perceive ourselves and drew attention to the fact that most often regret people have near the end of their life is that they lived to please others and forgot about themselves.

Next was the absolutely phenomenal Guy Kawasaki, one of my favorite speakers. He is entertaining, provoking, structured and full of personal anecdotes from life and work with Steve Jobs at Apple. A good part of every lecture he gives is also an homage to the late Jobs, who was a colleague and a friend. So, once again, he said that although the world is a much less interesting place without Jobs, it is certain that he is now telling God what to do, and how they should launch Universe 2.0 together. He made us all laugh when he showed us a picture of their team from Apple, which he called “the team of biggest egomaniacs in the U.S. before Trump’s administration”.

Last but certainly not least, Yual Noah Harari took to the stage – author of several engineering bestsellers, whether about biological, cybernetic or non-organic engineering.

Nine hours flew by. And finally, organizers already have a ready program for 2020 and have already started selling tickets. My warm recommendation to everyone reading this is to try to go to Bucharest next year. 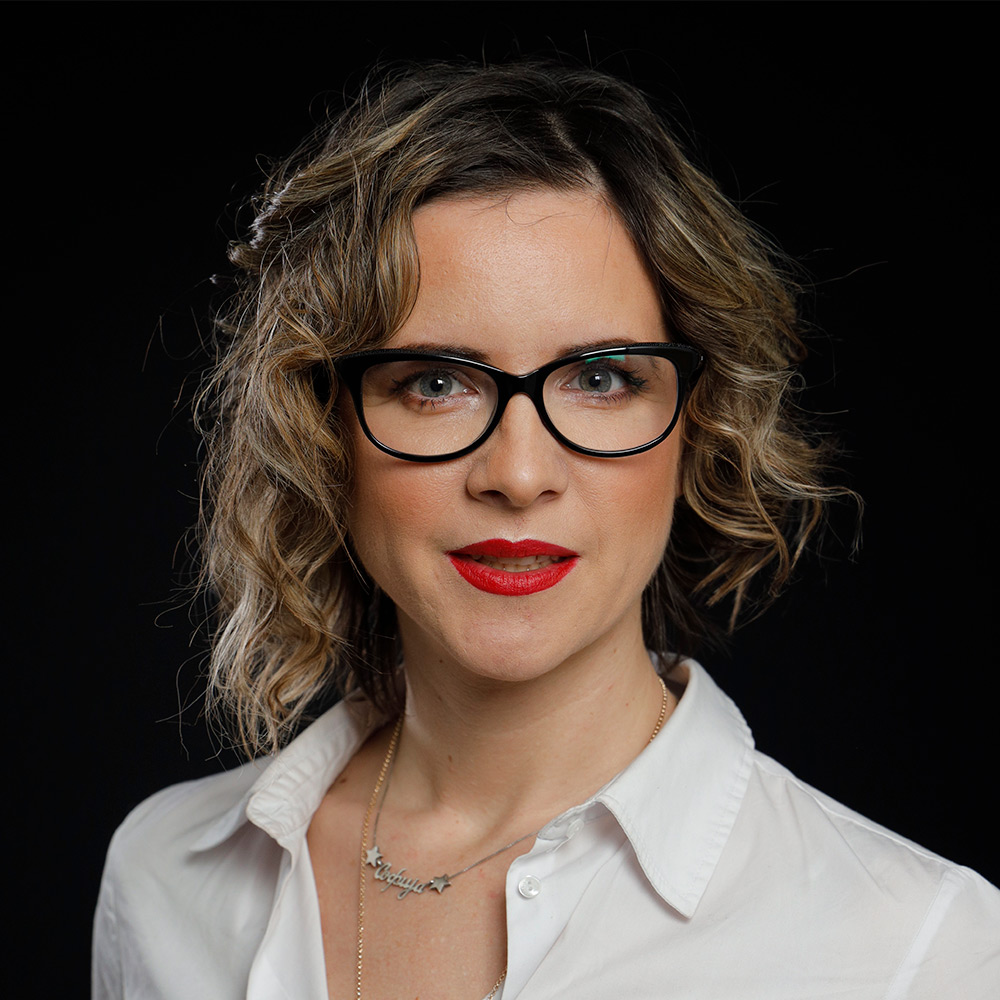