American Chamber of Commerce has elected a new Board of Governors, with President of the Executive Board of Raiffeisen Bank Zoran Petrović as the President.

The First Vice-President in the next term will be Ivan Miletić, Corporate Affairs Director of Philip Morris Southeast Europe, and Ronald Seeliger, General Manager of the Hemofarm Group will be appointed the Second Vice-President.

The new members of the Board of Governors are Borislav Miljanović, the founder and the leader of the Represent System, Milana Jević Gledovic, Vice-President for Legal Affairs in Delhaize Serbia, Sandra Marinković from MSD and Živorad Vasić, Regional Director of IHG and Vice-President of Delta holding.

– It is a great honour to be elected in the Board of Government of American Chamber of Commerce. Especially since the competition was tough, with the candidates and the companies they came from representing the very top of the business community in Serbia. In the next two years, I will strive to help promote the American entrepreneurial spirit not only in Serbia, but also in the entire region where the Represent System operates, because I believe that a better business climate is a key to associating our region to the European Union. On the other hand, I will leverage my know-how and experience to help AmCham improve all its communication potentials with new communication technologies and share its vision with the widest audience possible – said Borislav Miljanović on the election of AmCham’s Board of governors. 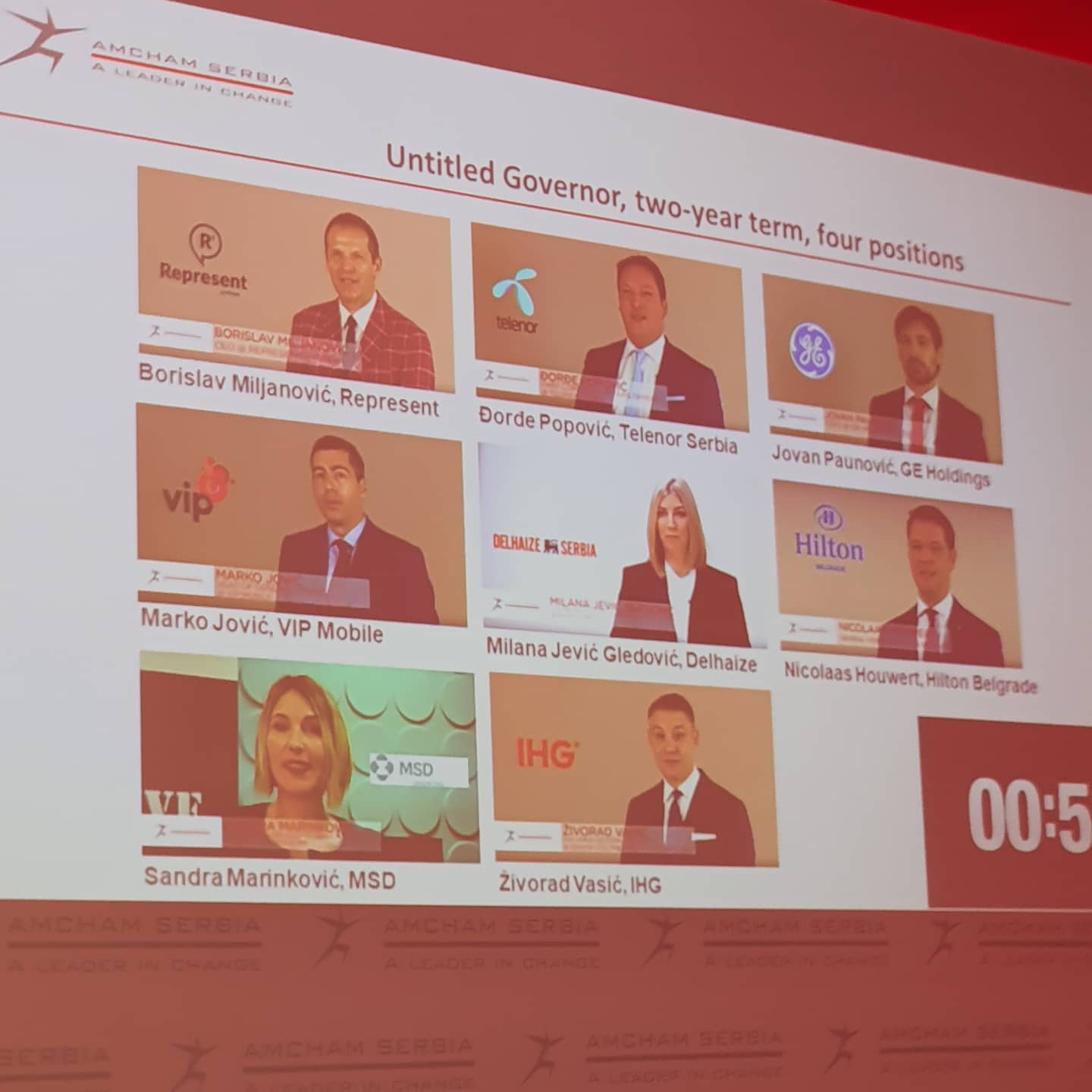 American Chamber of Commerce in Serbia (AmCham) is the leading business association in the country, with more than 200 US, international and local member companies, operating in 18 different sectors.

The member companies have invested more than EUR14 billion in the country and they employ over 95,000 people in Serbia.

Bora applied for the position in American Chamber of Commerce with the following program: