Instagram, one of the most popular apps in the world, celebrated its 10th anniversary on October 06. A lot has changed in the first decade, and this SoMe platform has gone a long and not at all ‘smooth’ way to the planetary success.

The company has grown, along with its people, programmers, idea creators… The algorithm, platform functioning manner, sharing content… Over time, the logo has evolved as well, so Instagram decided to surprise us by selecting one of the proposed icons which have marked it in the first decade of operation, but we also have additional options.

It is still not clear whether these changes will remain in force after the celebration as well, but is definitely an interesting surprise for users. 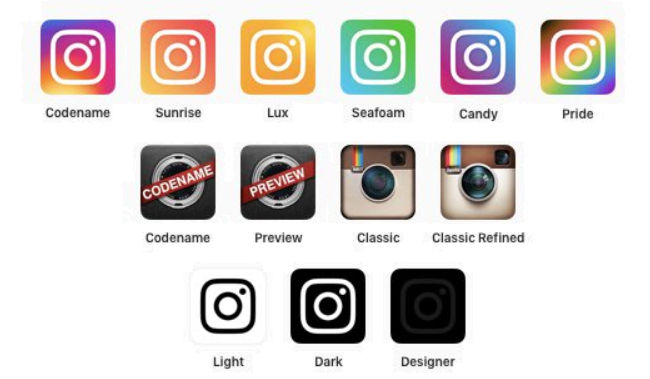 It all started with the passion for technology and photography. While studying at Stanford University, Kevin Systrom and Mike Krieger launched Instagram on October 06, 2010, as a unique way of sharing photos.

The first shared photo was a test one featuring Kevin’s golden retriever (and his girlfriend’s feet) near a tacos stand i Mexico, posted on July 16, 2010.

Instagram was an instant success. In the first several hours since the launch, the app was downloaded by 10,000 people, and the number of users hit 10 million in the following year.

Having noticed the success of a rival network, Facebook acquired and continued to develop Instagram in 2012, and today it is one of the most popular SoMe platforms in the world, with one billion users.

The most significant change was the launch of Stories, enabling people to post temporary posts and clips, which disappear after 24 hours. Also, numerous photo effects were added.

More than two-third users are younger than 34, which is why Instagram quickly caught the eye of the marketing industry, with the phenomenon influencers gaining a completely new dimension with the success of this platform.

Important element of Instagram’s success is its ability to attract celebrities, who in return attract a large number of followers on this platform. The unofficial king of Instagram is Cristiano Ronaldo (238 million followers), followed by Ariana Grande (203), Dwayne Johnson (199), Kylie Janner (196), Selena Gomez (194).