Within this year’s “PR Opportunity 2019” conference, organised by the DSOJ, Digital Element was invited to conduct a public survey on the situation in the PR profession for 2019 so far. The objective of the survey was to gain an insight into the way this profession in a narrow sense was presented in media, as well as to see how the general public perceived PR as a profession.

A media analysis for 2019 so far showed that media in Serbia focused on various PR events in reporting on PR activities, agencies and their reps, as well as on awards and recognitions granted within the profession. In the analysed period, such media reports were most often classified as “points of interest”, as a type of articles with strong presence in media communication of virtually all professions, due to their light tone and simple language, with attention-grabbing headlines. In recent months, leading topics included PR education, often organised by PR agencies (in the form of academies, incubators, online courses, etc.).

These events, awards, recognitions, training courses and, particularly, points of interest combined represent a constant from the PR sector that media focused on. Nevertheless, shifting of media focus confirms that digitalisation definitely influences the PR profession: digital in PR is a growingly covered topic, in parallel with highlighting the need for digital analytics and tools that largely contribute to more efficient planning of PR strategies. Statistical data for the most covered topics also show that crisis PR, once a crucial tool of experts, is losing its appeal to media.

Which topics do readers most commonly share on SoMe profiles?

When it comes to online media, awards and recognitions are the most viral articles. The basic assumption is that such virals are most often created by employees of the award-winning agencies, so the nature of sharing is quite “personal” and somewhat subjective. In accordance with the assumption about growing media interest in this topic, digital also generates strong viral potential: each post is shared 12 times on average directly from a portal to SoMe.

In the analysed period, men read online news slightly more than women. Furthermore, news mentioning the PR profession in a narrow sense was mostly read by highly educated persons, as well as those with secondary education. It is not surprising, bearing in mind that most employees in this sector are probably highly educated. In addition, employees in the private sector represent a majority of readers, followed by those in the public sector and the unemployed.

It is important to note that only 8 percent of university students read and follow news from the sector. This is potentially a big issue due to the fact that companies and agencies have recently been encountering a serious problem with recruiting young, educated and high-quality staff.

Which media outlets report about the PR profession the most?

As expected, portals specialised in marketing and public relations (Marketing mreža and Advertiser Serbia) are the leaders in reporting about PR. Somewhat surprisingly, general media such as Telegraf, Nadlanu and Kurir also cover PR topics to a significant extent. These media outlets mainly reported on digital, education and events in the analysed period.

In regard to media viral capacity, namely a number of Facebook shares of specific pieces of news, the most of viral content was registered on portals specialised in communication, and the least in mainstream media. The analysis shows that there is room for the PR sector to communicate its activities in mainstream media, and that it should produce more content appealing to the general public.

How does the audience perceive PR?

Another interesting finding is that almost none of the top topics covered by the media in the analysed period (with the exception of “points of interest”) was in a focus of news readers’ comments. While from the media perspective the first associations to PR are events, awards and education, the perspective of the audience is completely different. Readers primarily perceive PR though a prism of show business, sports and politics. These are the areas that the audience largely relates the PR profession to, perceiving it more as a subarea of other sectors (show business, sports and politics).

What is the sentiment of the audience towards PR?

Comments on online articles in the analysed period were mainly neutral, posted in the form of confirmation, conclusion or question. However, some comments about the PR profession were not positive.

There are several segments of the PR profession that generate a negative sentiment:

In Twitter posts, there is an occasional tendency to mention the word PR along with Serbian president Aleksandar Vučić, as the person who skilfully uses his public appearances for various types of promotion. Twitter users criticise PR to an extent. Thus they mainly mention examples of inappropriate, unprofessional PR or point to articles with hidden PR content. A dominant position of Twitter users is that public relations are perceived as the profession that distorts the image or hides data that is potentially damaging for someone.

To a smaller extent, Twitter users are able to recognise and commend positive changes in someone’s public communication, manner of presentation and promotion. Furthermore, they occasionally suggest what PR professionals should do to better present a product/service to users or ensure better presentation of their client in public.

What can we conclude?

There is an evident gap in the perception of PR as a sector between the media (and the profession itself) and the general public. The most popular topics in media are definitely not something that “common people” relate to PR. And that is primarily where there is a lot of room for improvement. PR should find a way to explain the profession and the sector to the general public in order to gain higher visibility and room in public discourse.

Special attention should be paid to the fact that an exceptionally low rate of university students expresses interest in PR-related news and developments. Combined with the fact that the sector has been encountering the brain drain of young talents in recent years, as well as that most qualified future experts increasingly opt for work in some other sectors (such as IT), it is evident that a focus in the upcoming period should be more on promoting the PR profession among potential young colleagues. 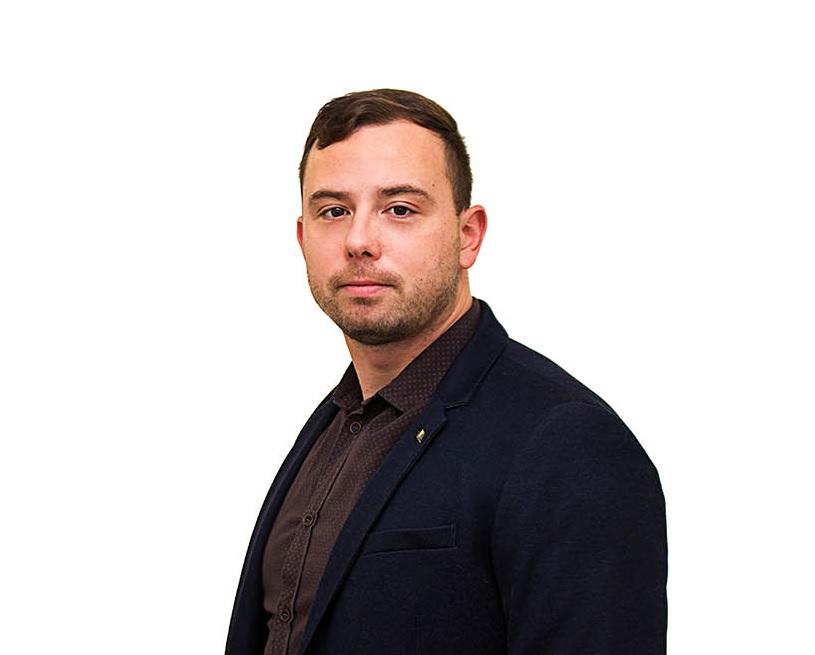 He has spent the last 7 years in digital marketing departments of some of the largest marketing agencies in Belgrade. In recent years, he has been leading the departments as Head of Digital, cooperating with a large number of international companies and brands. In addition to work on the product, where he closely collaborates with the development team, he is also the coordinator of the marketing department of Digital Element.