London School of Public Relations is designed to prepare communications professionals for personal and professional growth via efficient practical knowledge and an internationally recognized diploma. By working with dynamic and experienced lecturers, your will have an opportunity to learn from practical examples, follow trends and exchange your experiences both with lecturers and participants coming from the communications sector.LSPR’s school aim is for you to learn and understand strategic communication you can apply to improve business and reputation of your company or brand.

What you will learn

The LSPR curriculum is focused on creating communication campaigns, brand management, overcoming and mitigating business crises and risks, cooperation with the media, preparation and production of creative materials for various types of offline and online media, reputations, communication with stakeholders, preparation for media appearance, strategy production.

You will learn about:

Creative Thinking in the Corporate World

Experienced Head of Marketing and Communications with a demonstrated history of working in the airlines/aviation industry. Communications professional in all areas, including corporate, financial and crisis communications. In charge of marketing management, business planning, sales, and hospitality industry. Strong media professional with a Bachelor’s degree focused in Business Administration and Management, from Budapest Corvinus Business School.

John founded London School of Public Relations, became its director and author of most of its curriculums, revised every six weeks. As an expert in brand management and intellectual capital at the global level, he was among the first to include intellectual capital and non-tangible asset management in PR courses. He developed an original model for understanding PR as part of integral marketing communications and is actively engaged in promoting integral marketing communications.

Building key capabilities and delivering strategic directions and goals while ensuring the full compliance with relevant regulations through active engagement with policy makers have been only some of her achievements while working with cross functional teams.
Jelena holds Bachelor’s degree in Chemical Engineering as well as Master’s degree in Life Cycle Assessment Engineering.

He graduated and obtained a PhD degree at the Faculty of Drama Arts, where he works as an associate professor of the Acting course. Winner of the “Dr Branivoj Đorđević“ Award for the student with the best diction, Silver Medal of the University of Arts, Golden Badge of the Cultural and Educational Community of Serbia, and two awards for the doctoral art project titled “Don’t Hesitate! Improvise”. He has had around 70 roles in the theatre, film, series and radio-dramas. Teaches in the “Acting and Speech School” of the Dadov Theatre. He was engaged as an anchor at Radio Belgrade 3 and as a host at BK Telekom, RTS and TV Prva.

Mia Popić is a psychologist and a psychotherapist, advancing further in these areas at doctoral studies for cognitive behavioral coaching implementation. She obtained a REBT (Rational Emotive Behavior Therapy) from the REBT Centre, and developed coaching skills in the Coaching Centre in London. During her professional development, she has particularly specialised in public appearance training, developing this type of coaching as her special expertise and preparing politicians and top executive for public speeches.

A strategist for customer relations and a marketing expert with ten years of experience in various marketing areas. Currently in charge of marketing communications and user experience management in Vip mobile. She firmly believes that customers have the greatest power to take good care of our business – we just need to know how to listen carefully and act adequately.

She has gained vast experience in team management, primarily in the FMCG industry, and managed reputation and image of local and large international companies and brands, such as the Coca-Cola system, Philip Morris, Ahold Delhaize, Fiat and others. She has set high professional standards in cooperation with clients and invested know-how and experience in improving various agency services in her day-to-day work. She has also expanded her expert knowledge with experience at many seminars for public relations, brand, corporate and CSR communication, marketing, management, investigative journalism, sales and project management.

Before getting at the helm of the Represent System, Borislav Miljanović, PhD, worked as a journalist and editor in numerous media outlets for more than 10 years. He graduated from the Faculty of Law, Belgrade University, and then obtained a master’s and PhD degrees in communicology at the Faculty of Political Sciences. He is the winner of the “Srđan Đurić” Award for Life-Time Achievement, granted by his peers – the Serbian Public Relations Society, and the Award for Marketing Thought Development of Taboo, a specialised marketing communications magazine. His contribution to the PR profession recognition is rewarded in the region as well, with the Pro.PR Award

PR manager, specialist studies – communication and information theory. She worked at RTV 3K, Prva and B92 – PR manager, assistant editor-in-chief for program actions. Professional activities: Work in the Centre of Modern Skills. A consultant for public appearance and presentation skills, a coach certified by the Ministry of Public Administration and Local Self-Government of Serbia.

Tamara Ivanković has been a member of the Represent Communications agency team since 2016, where she has gained invaluable PR experience and is now holding the position of an Account Manager. She has worked with a myriad of clients, expanding her interests to the areas of the FMCG industry, banking and telecommunications in recent years. It is interesting to note that Tamara launched her career in sports journalism, where she spent nine years mainly covering water polo in Serbia.

The LSPR diploma has added credibility and legitimacy to my job. I have become the official communicator of the Embassy of Sweden to Belgrade, and that has enabled me to participate in several international projects. 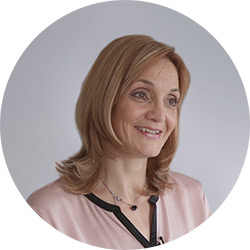 As someone aware of the skills that needed improvement, I enrolled to LSPR to master those skills and I am very pleased to say that lectures have been very useful and the knowledge we have acquired precise, concise, specific and highly applicable. I am more than satisfied that I have had an opportunity to attend it. 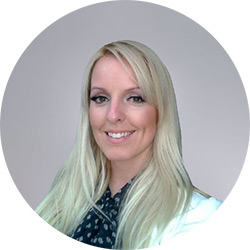 As someone who was on “the other side” for a long time, I encountered a journalist/PR manager barrier. By attending London School of Public Relations, I have managed to master knowledge and skills that have helped me perceive disadvantages and shortages as opportunities for improvement in work and potential for advancement. 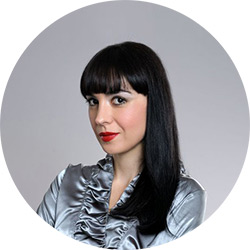